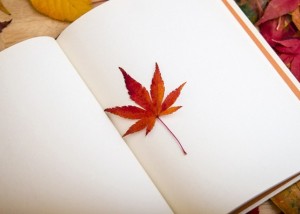 A couple of technology disappointments got into the news today.

Both involve products that are freely provided. One has to wonder: If the products weren’t free, would we be seeing the same level of problems with them? And: Shouldn’t product quality and customer usability always be the top focus, regardless of product cost?

Earlier today Matt Cutts posted an article that goes into considerable detail on his disappointments with Hardy Heron Ubuntu. While noting that he absolutely loves the popular Gutsy Gibbon version, he lays out several areas where it looks like the developers took one step forward and two backward when going to the Hardy Heron version. For Matt to do this says a lot, because he just does not seem to me to be the type of person who posts critical pieces without giving them a lot of thought, and without having gotten to the point of being thoroughly disgusted. His style of blogging is to inform, not to criticize. So, the Ubuntu folks need to set up and pay attention to what he is saying. If they start losing enthusiasts like Matt, they are not likely to be able to recover.

Just a little while ago, Michael Arrington blogged Twitter: Something is Technically Wrong. Michael has been a big supporter of Twitter, a free communication service that is catching on like wildfire. He’s had some articles critical of the continuing problems it has had with availability, but has nonetheless remained a supporter of it.

Looks like he is close to throwing in the towel on it, though. I must agree with him. It was unavailable for several hours yesterday, and has been unavailable for about the past 3 hours today (maybe 4).

If Michael gives it up, a lot of people will follow him. Twitter, a great idea, will have been short-lived because it did not pay sufficient attention to its customers (and therefore to its quality of service).

You can probably draw some pretty smart conclusions from this, and feel free to share them. As for me, I hope these examples provide additional motivation to me to always focus on quality and value when writing for you. The fact that this blog is free to you means nothing. I still have to make my top priority for this blog to be one of providing value to you.