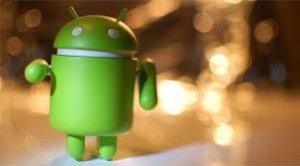 After reading Paul Carr’s TechCrunch piece this morning, I decided to kill off some of my social media connections. The first two that came to mind were Google Buzz and FriendFeed (also owned by Google), because they generally just repeat information that I’ve seen elsewhere (Twitter and feeds, for example).

But, as I went into to the Gmail settings for Buzz to delete the Buzz “account,” I noticed the warning that deleting Buzz would also delete my Google Profile. What? I can’t delete Buzz, an account I never really wanted and that was forced on me by Google, without also deleting my Google Profile?

So, I just turned it off without deleting it. I would much prefer to delete it, but I don’t want to have to recreate my Google Profile (nor am I even sure that Google would let me recreate it).

From there I went to FriendFeed, which I hadn’t used in 6 months or longer, and into the Settings panel. There was no setting to delete the account. Because I couldn’t believe this, I closed and reopened the settings a couple of times, looking at every item carefully to see if I had overlooked the deletion option. It was not there.

So, I googled for “FriendFeed delete” and got a result that will allow me to delete my FriendFeed account. While not as controlling as the Buzz account was, Google doesn’t make it easy to quit FriendFeed … you can do it from within FriendFeed but good luck finding it without a search engine. (By the way, I haven’t deleted the account yet: I posted on it that I plan to delete in a few days, giving subscribers time to follow me on Twitter if desired.)

These two frustrations come on the heals of a recent email from Google reminding me that my Google Apps account will expire on September 4 unless I check the option to auto-renew. I fully plan to let it expire. In fact, if I recall correctly, I had to set the auto-renew option to off, because its default is to renew annually.

I did this several months ago. At that time I went into Google Apps attempting to find a way to opt out of it and get a partial refund for the time not used. But, as far as I can tell, no such option exists.

This really upset me at the time, and I couldn’t think of any other companies that did something so controlling. For example, if you sign up for Apple’s MobileMe and later decide you don’t want to use, you get a refund for the unused time. You can even do this with the online subscription to Wall Street Journal.

With all of this coming at the time when Google has forsaken Net Neutrality, I am a bit disenchanted with Google at the moment. I don’t really know who they are anymore, or what they really stand for. MG Siegler sums it up so well in his recent TechCrunch article:

In light of this week, much has been made about Google’s unofficial motto “don’t be evil”. Google must be evil now, right? No — that’s absurd. There seems to be this tendency to believe that when companies do something unfavorable, they must have malicious intent. I’ve stated it before, but I will again: this is not a James Bond movie where some villain wants to do bad things just because he’s evil.

Instead, Google’s intentions are much more transparent: greed.

Greed also tends to have a negative connotation, but I’m of the Gordon Gekko mentality that “greed works.” It’s what drives this country. And as a public company, whether we want to admit it or not, it’s what drives Google.

The problem is that Google themselves are unwilling to admit that greed is what’s at play here. They’re still trying to put on this charade that this is all about what’s best for us. That’s insulting.

What’s best for us is net neutrality, pure and simple.

If someone at Google just stood up and gave a Gordon Gekko-esque speech about their passion for expansion and securing deals it would be easier to stomach. At least it wouldn’t be quite so disingenuous. [Emphasis is mine.]

And, in light of the Oracle suit against Google, I similarly wonder about Google’s use of Java within the Android operating system. It’s hard for me to tell what really happened with this, but, on the surface, it looks like Google did not want the limitations of the licensing associated with Java and rebuilt the virtual machine code from scratch using a different license, so it could do what it wanted to. But, again, that’s the surface appearance.

It is not entirely clear to me that anything wrong was really done here, but it looks a bit suspicious and a suit has been filed.

A year ago, I would have told you that Google is the one of the best things to happen to this planet in a long while. But, now, I have a less favorable impression of them. They still do some good things, and maybe for the right reasons, but they do not seem so distinctive as they once did.