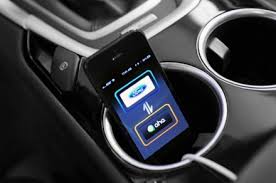 Thomas sent an email to me recently that I want to share with you (with his permission). It will be of particular interest to Windows Mobile users who want to have their data “in the cloud.” After the quote, I’ll mention a couple of other points that generalize beyond the Windows Mobile sphere.

I know that I’ve suggested this to you, but since I have been able to test this, I wanted to let you know how it went. I have another Pocket PC set up to sync via Wifi with Google Calendar and Remember the Milk via OggSync and MilkSync, respectively.

There is a free version of OggSync, but there is also a pay version that has some enhancements. I did it with just the free version. I also used MilkSync, which is a Pro feature by the RTM folks. It has a 30-day trial, however.

All in all, it went VERY well. Calendar entries all came over (including recurring items). I was able to change/remove a single items in a recurring calendar and that worked flawlessly.

Syncing also worked with entries done on the Pocket PC or GCal, and I even was able to add entries on GCal and then modify them on the Pocket PC and the changes synced without issues. OggSync also works with Outlook as well…

Tasks went equally as well. MilkSync is very high quality and seems great. They even tell you what maps to what from RTM to PocketPC (such as the various levels of priority for a task, etc.). It was a very good experiment. I’m thinking it is a very viable replacement for Exchange, to be honest.

Too bad BlackBerry syncing isn’t as seamless yet. I’ll research that more. Let me know what you think…

I think this is really good to see. I have been wanting to get to the point where I am “living in the cloud” as well, with all of my data there so I don’t have to worry about keeping all of my various devices in sync.

My personal desire would be to be able to this from “one place,” like Plaxo or Google (if it had a Tasks application). I don’t personally want to have one application for my calendar and contacts (Google) and one for my tasks (RTM).

Plaxo is great in this regard because it puts all of your data in one place: contacts, calendar, tasks, and notes. The downside is that Plaxo has not yet built-out a mobile interface suitable for all devices (such as for my BlackBerry Curve).

Because Google is focusing on building a mobile interface for all of its services, I was pleasantly surprised by the rumor that Google is buying Plaxo.

But, I am not sure how much validity there is in that. I’ve exchanged messages with Plaxo’s John McCrea, and he notes that they simply cannot discuss any options, and of course cannot even deny rumors in that regard. That’s understandable, of course.

Regardless, I do want to emphasize that I think Plaxo is still the best all-around option, and will be better still once it has suitable mobile interfacing.

Finally, not everyone can live in the cloud, of course. Many companies require their employees to stick with their Microsoft Exchange interface, or a Lotus Notes interface.

So, lots of people are still carrying around multiple devices. In this regard, the GottaBeMobile article business travelers can’t pack light when it comes to gadgets is a good (and short) read.

I suspect that if I were still working and traveling, I would have at least two smartphones (one with Verizon, one with AT&T, and maybe one with T-Mobile).