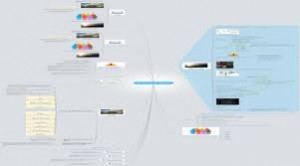 I have a problem with George Bush. Same with Richard Dawkins.

If I were to set down and talk with them, I could find that they are two of the finest gentlemen I could ever meet. But, based on what I currently know, I do not think I would care to meet either of them.

For example, I do not know whether the following is accurate, but it would not surprise me if it is:

Richard Dawkins has turned more people against atheism than he has turned toward it.

George Bush has turned more people against Christianity than he has turned toward it.

I know I have personally wondered “can Christianity be true if George Bush believes in it?” I have thought this because it seems to me that George Bush makes up his mind on what he believes, and no amount of facts are going to sway him. Of course I know it is not right to question a belief because someone else believes it, but it shows how dislike of a person can influence our thoughts.

And, as for Richard Dawkins, I forced myself through four chapters of his The God Delusion before throwing it in the trash. He comes across as so closed-minded that he probably drives people away from atheism.

I thoroughly enjoy the TV series House because one gets the sense that, despite House’s anti-religious philosophy, he could be persuaded to believe in God if presented with “evidence.” He comes across as a person who is interested in the truth, no matter what.

Of course, I also like his unpretentiousness, but that is beside the point.

What’s my point? Simply that being closed-minded about something can result in consequences that are actually opposite to what you intend. I have to remind myself of this as I get older, because there is a tendency for me to become more stubborn with each passing day. You probably don’t need the reminder, but at least it is here for you if you do.

Update: John raises a crucial question in the comments: “When does adherence to one’s convictions become close-minded?” What a great question, and I firmly agree with John’s assertion that when you believe you are right about something, you should stick to it and defend your beliefs. And, of course, if you later find out you were wrong, you should be willing to admit it.

To me, Bush and Dawkins, as two examples out of dozens, come across as being closed-minded because I have the perception that neither is truly interested in hearing the views of others.

I fully recognize that my perception could be wrong, which is why I state that I could change my mind about them if I actually sat down and talked with them. (In fact, I know someone who is a personal friend of George Bush and thinks highly of him and believes he is open-minded.)

Whether I am right or wrong about Bush and Dawkins (and I have been wrong many times in life), it seems to me to be true, regardless, that people who are perceived as closed-minded can be counterproductive to their own purposes. I personally try hard to avoid being closed-minded, but that does not mean that I do not have any convictions.

No doubt I sometimes fail in my attempts to be open-minded, and I can think of many times when I have been stubborn about something, and later regretted it.

I don’t know if that adequately addresses your question or not, John (and all of you who were thinking the same thing). Ding on me again if I have not sufficiently clarified what I was trying to say. And thanks again for the comment.