It Was Too Much for Me, Yet, Not Enough [Information] | Keener Living 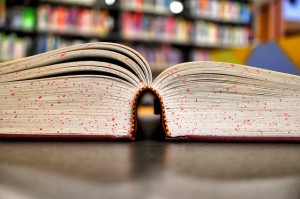 Around the first of the year, I woke up to the realization that I was wasting huge chucks of time taking in information of no value.

Not only was I wasting time, I even started to feel less in control of my life: it was as if I had to check Twitter every 20 minutes, and check my RSS feeds at least every hour, and poke around in Facebook too often. I was feeling pretty ADHD.

I got completely burned out on blogs, even my own. So much of what I was reading was “me too” writing (20 different blogs talking about the same thing), and none of it really mattered. So much useless writing is done just to get people to visit a site and view an ad.

Want an example? Here’s one: somebody had a blog title along the lines of “Would Shakespeare Tweet?” My answers:

So I basically gave up on Twitter, and just doing that made me feel so much better. (I still have an account and have even spent about 5 minutes on it so far this year, but I basically consider it a bad use of my time.) And, although I had trimmed my RSS feeds, I trimmed them even more.

I now rely heavily on a few key aggregators: Memeorandum, Techmeme, Arts & Letters Daily. I kept a few other major feeds, such as TechCrunch and Daring Fireball. I also kept about 20 of the less-popular, but interesting and useful blogs, such as Michael Hyatt and Dan Ariely, and I regularly read The New York Times (I’m undecided on which subscription option to use).

So, now there is less “noise” in my information intake, but even when my intake was peaked, I still had a sense of not having enough (useful) information. For example, you know that somewhere in the world, someone today looked at some ancient scripture in a new way and had a life-changing experience, one that we could maybe benefit from, too. Maybe it even gets blogged. But the chances of me picking it up? Pretty close to zero.

In thinking about this, and in thinking about people who have personally inspired me, I have realized that perhaps the best way for me to find such nuggets is directly: maybe read the Bible daily, instead of hoping someone else gets an insight from it that is useful to me. Maybe read other literature that is known to inspire (I have done some of this, but way too irregularly).

When we reach that plateau, machines will identify trends and “nuggets” that we could never have figured out on our own.

Until then, and even after then, it’s up to us to look at how we are consuming information, and which parts of it are useful or at least inspiring.