Insights from My 60th and Other Major Birthdays | Keener Living 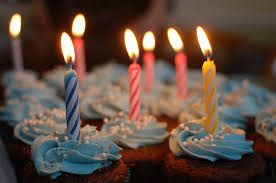 My 60th birthday occurred the day after the deaths of Michael Jackson and Farrah Fawcett, so naturally those tragic events had an impact on my birthday thinking. I will share the insights I had from that thinking below. But, first I want to share some lessons from other major birthdays in my life.

The first birthday that really made me focus on my age was my 30th.

I had always thought I would be a millionaire by my 30th birthday, and when that did not happen, it really impacted me. Realizing that I had not achieved that dream was a real letdown to me.

I realized that it was not too late to become a millionaire, but I also realized I would never turn 30 again. Hence my dream could never come true.

Insight: Thinking is not doing. Dreams and aspirations never come to life unless they are turned into goals with action plans and corresponding actions.

In fact, many of the top-selling books today emphasize that we do not do enough thinking. David Allen certain makes a point of that in his newest book, Making It All Work. He notes within it that GTD is about mind management, not time management.

The book Nudge: Improving Decisions About Health, Wealth, and Happiness also notes that so much of our actions are just us “operating in the automatic mode,” without really doing any quality thinking.

Anyway, I guess as a consequence of my being so bummed out at turning 30 without becoming a millionaire, I entered a long period in my life in which I did not think about my age.

It got to the point that, when people asked my age, I would actually have to figure it out. My view was “I cannot change my age, so why think about it?”

Insight: Although being obsessed with your age is probably unhealthy, mentally, I’d say being as flippant about it as I was can be unhealthy, too.

I don’t remember my 40th birthday being a very big deal to me. I did not have an overwhelming desire to enter my second childhood, as so many do who turn 40. I’d say my general disposition was that I was pretty content.

My 50th birtday had a bit of an impact. It did not depress me, but it did cause me to realize, solemnly, that I had lived for a half-century. Moreover, it caused me to realize that more than half of my life was gone.

Then, a couple of years after Vickie died (my wife), I decided that I wanted to retire at 57. So, age finally became important to me again. It became a part of my plans and my tracking spreadsheets.

Insights: Vickie’s death drove home to me, in a very hard way, the fact that life is short, and we never know when it might end for us. Realizing this caused me to get my estate in order, to have my will prepared, to literally plan my own funeral, to sign my DNR and other directives, and so on. If you have not done these things, you should not put them off.

So, what about my 60th birthday?

I was very saddened by the passing of Michael Jackson and Farrah Fawcett. My insights from thinking about the deaths of these national treasures are as follows:

So many people die with so much talent and potential still inside of them. I realized from this that I am wasting a good of my own talents, and that I need to get back to using them more.

This is something you should reflect on, too. I suspect that many of you have talents you are not even aware of. Perhaps that is true for most of us. But, I do know for sure that a lot of talent is never fully used.
Also:

I was saddened by how I had labeled Michael Jackson as a weirdo and possible child molester. He did have some strange ways, of course, but who in his shoes would not have had some eccentricities, being in the spotlight continuously since he was 4 years old? In thinking back on the news stories of him, none of them had any real evidence that he molested children.

Yet, I labeled him as such, and many of you probably did so, too.

One thing I now know is that I want to stop being so judgmental about people, and I want to stop allowing the media have such an influence on my thinking.

I hope there are some insights in here that you can and will use. And, I look forward to hearing from you in the comments.