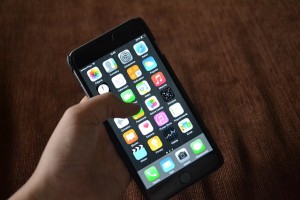 When I first got my iMac about 2 years ago, I wanted it to have all the data that was on my Windows machine, including all Outlook data (which went back several years).

So, I spent a lot of time trying out different syncing options. I managed to force syncing to work, but it was a huge pain in the butt. Lots of duplicate records to square away. And, in the end, I wasn’t very happy with the Mac’s calendar, task, and contact apps anyway. (iCal does okay for calendaring, but is weak for tasks.

It works for tasks, but the interface is nowhere near as good as what I was accustomed to with Outlook.)

So, instead of continuing to fool with syncing data, I decided to just install VMware Fusion on my iMac and have it run Windows, so I could use Outlook while setting at my iMac. (I had a second license for Windows and for Microsoft Office, so setting them up within a virtual machine interface on my Mac did not cause activation problems.) If you want to do something similar, my write-up on it is here.

But when I got an iPod Touch, I wanted it to be my PDA. Since I use my iMac 90% of the time, and my Windows laptop only about 10%, I set up my iPod Touch through iTunes on the Mac. For a while I tried using Apple’s MobileMe interface to sync to the Touch. To make this work, I had to update iCal and Contacts on my Mac. That wasn’t too brutal. And, if I wanted to check my calendar while on my laptop, I just used the MobileMe calendar.

Then it came time to renew my MobileMe account, and I decided it was no longer worth $99/year for what little I was getting out of it. I went with Google’s free option instead. So, here is what I use now:

Appigo’s Todo app for the iPhone/Touch syncs with Tasks that I keep either in Remember The Milk or in Toodledo. Although I started out using RTM, I decided to go with Toodledo.

I like how easy it is to import Tasks from Outlook into Toodledo (imports but does not sync) and I like the Toodledo interface much better. The RTM Pro account supposedly lets you sync with Outlook, but when I tried an early version of their sync interface, it ate half of my tasks.

Now, whenever I am online, be that on the Mac or my Windows laptop, I can check/modify my Google Calendar/Outlook data and my Toodledo Tasks data. If I am offline, I can use my iPod Touch for this.

And, just for the heck of it, I use the Windows Mobile Device Center on my Laptop to sync Calendar and Contact data from Outlook with my old Dell x51v Pocket PC.

If I modify data on the x51v, it gets reflected back into Outlook, and from there to Google Calendar/Contacts, and ultimately to my iPod Touch. Since I do not have a good way of syncing tasks between all of these, I do not use the Tasks within the Pocket PC.

And, since I still use a BlackBerry Curve (I will transition to an iPhone when the 3.0 version comes out in a month or two), I use Google Sync for BlackBerry to sync Google Calendar to the BlackBerry Curve. (The advantage of doing this is nice audible appointment reminders on the BlackBerry … something my first generation Touch can’t give me.)

When I do get the iPhone, the BlackBerry will drop out of the picture. The Pocket PC probably will, too. (I am really not using it now, anyway, except to tinker.)

I personally like how this “syncing situation” has improved over the past couple of years. It is not perfect … it would be nice to have a way to sync to the Outlook Tasks, reliably, for example. But, it is much improved over where it was.

Your thoughts and comments?

Update: You will probably be interested in this related article, which updates the information about Google’s sync capabilities: Google Apps now syncs with Outlook Mail, Calendar, and Contacts.