Controlling Our Evolution Through Technology: What You Can Do | Keener Living 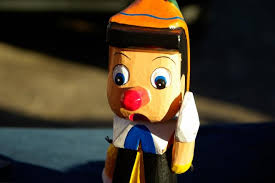 Our evolution has taken such a long time that it boggles the mind:

Almost 3,500,000,000 years have passed between the first known (microbial) life and our present-day form.

The transitional form from the lemur line to the primate line, the missing link, occurred about 47,000,000 years ago. The History Channel on TV has an interesting documentary on this, as it interviews the scientists who examined the fully-preserved skeleton of “missing link” Ida, a fossil of a ~6 year-old transitional life form.

Ida’s species appears to have been the one which introduced some of the skeletal structure needed for upright walking.
What we call “human” apparently did not fully evolve until a few hundred thousand years ago.

But, according to the theory of the technological singularity, the rate at which humans evolve is about to become very rapid. With exponential growth rates in our development of nanotechnology, robotics, artificial intelligence, bioengineering, and the mapping and understanding of the brain, it is going to be possible, in the near future, for us to develop super intelligence.

Ray Kurzwell and other futurists are predicting that this can occur in as little as 25 years. I’ve also seen estimates of 40 years … either way, it is the near future.

In fact, there is now a Singularity University, supported by NASA and Google (and others), with Kurzwell being one of the principle founders. He introduces this university in this TED video (about 8:40 minutes long), and discusses several of the trends that support the conclusion of the nearness of the technological singularity.

In case you are thinking so what?, let me just inject that this is not guaranteed to work out well (depending on your point of view).

For example, let’s go back to the story of Ida, a ~6 year-old creature that died prematurely, possibly from falling into the lake in which she was found. Now I can’t say that Ida’s mother missed her, or even that Ida’s mother was still alive, but I speculate that Ida may have been missed. Perhaps you have seen a pet mourn the loss of another one.

I cannot go back in time and prove that love existed within the minds of our ancestors of 47,000,000 years ago, but love didn’t just pop into existence a few thousand years ago. It has been a part of “our” nature for a very long time. Yet, it seems to me that it is very possible that love, compassion, generosity, and other traits we admire, could well fall by the wayside as we start “redesigning ourselves.”

Of course, good things would likely occur, too. Maybe we could eliminate all of our cognitive biases (such as the confirmation bias). And, personally, I would like to see this result in the elimination of the need for religion. (I recognize that many of you take an opposite view on that, but I invite you to take the time to read God Is Not Great: How Religion Poisons Everything.)

So, what do we do? Well, even if we fear some of the outcomes, we should not seek to put a stop to our advancement. There is too much good that can come of it.

However, we can stay informed, and we can get our children and grandchildren to take an interest along with us. By staying informed, perhaps we can ensure our government does not allow monopolies to become dictatorships in this process.

And, perhaps we can do this without letting government have too great of an influence, because our government has shown itself to be fully capable of screwing up a bowling ball.

I look forward to hearing your thoughts on this important subject.