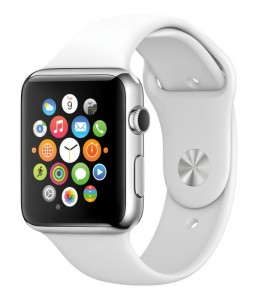 In this article, I describe my initial experimentation with Apple’s new MobileMe service. Now, while I have encountered a few problems with it, which I describe, some people are not having problems with it at all.

For example, my friend Thomas is using it with his new iPhone and it is working perfectly for him. So, don’t be discouraged by the few minor problems I’m having with it: I am sharing them just as operating experience, and in hopes that someone will tell me how to fix the few problems I do have.

Update: Faruk gives a solution in the comments to the problem I thought I had with the contact list on the iPod Touch. Much appreciated, Faruk! Also, others are reporting good experiences with MobileMe in the comments, which is good to hear.

I have had the .Mac service since I got my iMac in December 2006, but have made very little use of it. But, given that MobileMe offers a sync service with the new iPhone and iPod Touch 2.0 devices, I decided to try and get my money’s worth out of it.

I went through the Software Update menu item from my iMac to check for its availability yesterday, but it was not listed as an update. So, I decided to open the Mac preferences in my preferences panel. When I did, the system told me there was an update available to make the transition from .Mac to MobileMe. So, I installed the update and synced my Calendar, Address Book, Mail, Safari Bookmarks, and a few other items to my new MobileMe account.

Note: I wasn’t smart enough to think of backing up my Calendar and Address Book data before doing the sync to MobileMe, and I was fortunate that nothing went wrong with that part. But, I recommend that you be smarter than me and do such a backup. Oh, and backup your bookmarks, too.

When I opened my browser and went to http://www.me.com/ and signed in, I noticed that all of my calendar entries were off by three hours. Since that’s the time zone difference between where I live and Cupertino, I figured there must be a time zone problem and looked around for a way to compensate it. Sure enough, with the MobileMe interface for the Calendar, there is a Settings option.

I selected it, and then clicked on the Advanced options to be presented with the following:

When I made the time zone correction, the times showed correctly within MobileMe.

So that worked out nicely. I was also pleased that all of calendar entries showed up in MobileMe, along with all of my Contacts and Mail.

Then, I decided to take the plunge and set up iPod Touch to sync with my MobileMe account and to use the PUSH feature so everything would be kept in sync without me having to press in sync buttons.

So, I went into the settings panel on my Touch and set it up as follows:

Actually, the first time around, I also selected Bookmarks, and doing so wiped out the bookmarks I had in Safari. Fortunately, I was able to import the bookmarks back in from FireFox, as I used pretty much the same bookmarks in both.

Anyway, doing this completely wipes out the Calendar and Contacts data that already exist on the Touch (from where I had been syncing it with iCal and Address Book through iTunes). What is supposed to happen after that is that the PUSH services will repopulate the calendar and contacts listings using the data available in MobileMe.

Well, it worked great for the Calendar entries. But the contact entries did not repopulate. I have tried several troubleshooting techniques (resetting sync in MobileMe, turning off the Touch and turning it back on again, even doing a Safe Startup in my iMac to ensure it runs Disk Tool to ensure there are no disk errors that could interfere with syncing, …).

So far I have not found anything that lets me populate the contacts back into the Touch. And, they are still available in MobileMe to populate the Touch … it’s just not happening for some reason.

Update: As noted earlier, Faruk has a simple solution for the problem I thought I had with contacts. See his comment below. When I went into Groups with Contacts on my Touch, and reselected a list of all contacts, all contacts were in fact there. Yeah!

The only other strange thing that I came across in experimenting is how a test calendar entry was handled. I created a new calendar entry on my Touch, and waited for it to show up in MobileMe. Well, it never showed up. I tried exiting from MobileMe and then going back into it, but it still was not there.

The strange thing is, it showed up in iCal. And, the only way I can think of that it could have gotten there is by going through MobileMe to do so, since the Touch was not physically connected to my computer. Really strange, huh?

But, again, as I mentioned earlier, Thomas does not seem to be having these problems. So, does that mean that MobileMe works perfectly for the iPhone but not the Touch? Or is there something strange going on in my setup? Beats me.

Anyway, with my problems set to the side, what do I think of MobileMe? I think it’s off to a really good start. The interface is easy to use and has an appealing layout.

It does seem to be very slow in loading the contacts, sometimes … other times, it loads them very quickly. And, I only have a couple of hundred contacts, so there is nothing about my list that should be choking the system. I don’t consider this to much of an issue, though … just growing pains that Apple will no doubt sort out and fix.

I’ll certainly be keeping up with the news on MobileMe, and may write about it again, especially if I can my problems with it fixed. For the time being, though, I am going to set my Touch back up to sync with iCal and Address Book, so I can have my contacts list back.