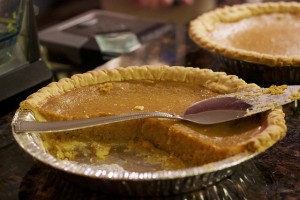 If you drop your iPhone into water, as I did recently, you may think you killed it. Well, you may have. But, putting it into a box of rice for a few days might bring it back to life.

While on sabbatical, I accidentally dropped my iPhone 3GS into a tub of water … this can happen when you carry your phone in a wide shirt pocket. I called AT&T and asked for help and they gave me the Apple support number. When I called that number, the Apple tech support person told me the trick about putting the iPhone into a box of rice.

Apparently it works pretty often. You are supposed to leave it in the rice for at least two or three days, to make sure it gets all the water out.

I tried it for a day and a half. Then my extreme impatience got the best of me. I called Apple and asked them how to go about getting a replacement. I gave them my credit card number, they sent a box to me to put my existing iPhone in, I shipped it back to them, and I am waiting on the replacement.

Why didn’t I give the rice at least 2 or 3 or even 4 days, instead of spending money again? Well, I am extremely impatient, something I’ll talk about in another post. But, I also figured I had truly killed my iPhone, because I tried several times to turn it back on.

I even hooked it up to its charger. All of this was after I tried to dry it out with a towel (before talking with Apple), and was based on my panic at having dropped the phone into water.

If you get into this situation, do not try to turn your iPhone back on while it might still have moisture in it. Doing so will almost guarantee that you will short-out its circuitry.

Also, if you carry your iPhone in a shirt pocket, as had been my habit, you may want to rethink that and use a holster instead.