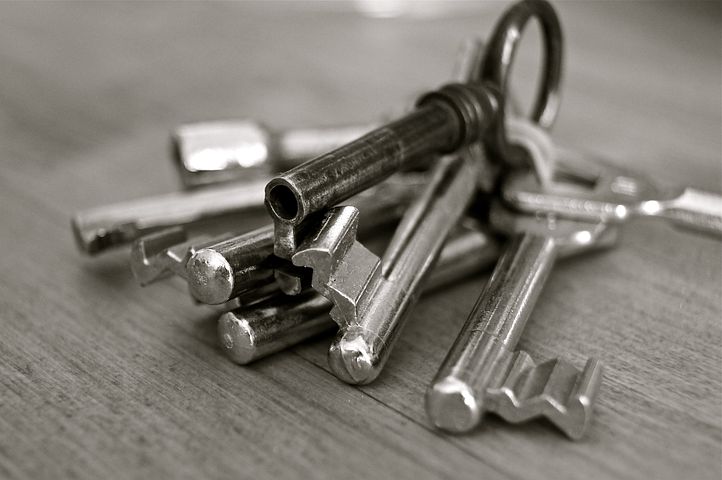 If you are a homeowner, you will know that there are several security issues that can arise, which can put you and your family at risk. You will have spent much time in your life getting to the stage where you are happy to call your house a home, so you don’t want to throw it away by being careless with security. Luckily, as technology grows, it brings with it some amazing advancements in security, which are most readily available for people to make use of. These features can upgrade your home to a seamless living space, all while making it more secure from both physical and online invaders.

Having CCTV cameras installed is one of the oldest tricks in the book, with many households installing them when the millennium rolled around. Yet, where old models used to be clunky and grainy, you can now buy cameras which have a crisp image. These images can be shown on screens in your home, which can also be hooked up to apps on your phone for when you are out of the house. This means that any worries you may have about intruders when you are on vacation or on a night away can be squashed when you can keep track of what is going on.

More and more people are becoming concerned about businesses and other corporations having knowledge about their lives that they never gave away. In a world where spy technology is readily available, and where people are becoming more skeptical of their neighbors, it may be wise for you to enlist the help of a surveillance team. In fact, this company will have a whole host of technologies that will be hard to come by in your usual security shop. From sweeping you’re home for bugs to ensuring your technological equipment hasn’t been hacked, this is a great idea for those who want peace of mind about their possible threats to security.

Invest in an anti-virus solution

Many homes will have a main computer which individuals in the family can play games on or complete any work on. With so many users on it, it is always wise to invest in trusted anti-virus software, which will ensure that the people using your computer are kept safe online. Not only will this software prohibit young children from accessing extreme material online, but they can run scans on your computer to catch any threats before they corrupt your system.

Floodlights have long been an important feature of any home, where sensors can cause the light to flare up if anybody steps on a certain patch of land. However, technology has moved on since then, as now you can hook up your home lighting security to your alarm system. This works where if someone comes too close to your house during the night or when you aren’t at home, your alarms will start up to warn anybody off. With these lights on, your cameras will also be able to pick up a picture of who the invader is so that you can prevent them from coming near yours or anybody else’s property in the future.

In order to have a secure set of doors and windows, some people invest in numerous locks to keep people out. While in some areas this is a necessary precaution, it can make getting in and out of your own home more of a chore. In the same way, you can use your fingerprint to unlock your smartphone; some high-end locks now use fingerprints and facial recognition to let people in. This means that anybody who tries to access your home without the correct DNA or facial shape won’t be allowed access; if they try to break in, your usual alarm system will go off to prevent them from entering. Some locks are now able to be controlled via a smartphone, so you don’t have to worry about forgetting to lock up on your way out.

Sensors are often used to help your floodlights turn on when anybody is near your home, but they can also be used indoors. They work in a similar way to home electronics systems, where you can clap to turn a light off or ask your system to turn the radio on. In this case, they respond to you asking it to shut the doors or windows, which can remove any worry you might have about having to check the doors late at night. These are especially useful for people who live in a big house with children. As with traditional alarm sensors, these ones can trigger an alarm to go off if there are any suspicious movements happening throughout the night.

Baby monitors are a must in any home with a child in, and they are one piece of technology that hasn’t gone away over time. Though there are now high-tech baby monitors and childminders now on the market, that doesn’t mean you can’t make use of your old set. If it has a video function, you can use it in place of a CCTV system if your budget won’t stretch far. In fact, if your neighborhood has undergone a spout of burglaries in recent weeks, you can use your monitor to watch out for anything happening in certain rooms of your house where access is easiest. This could be your hallway or your kitchen, but in any case, a loud sound will alert you to what is going on, so you can act if your alarm hasn’t gone off.

Make use of electronic gates

Many people think that home security starts in the home when you can take more preventative measures from as far away as your garden gates. Having a low gate will make it easier for intruders to jump over and get access to your garden, so it is best to have gates that tower to places that can’t be scaled. Go one step further and kit your gates out with smart locks and keypads, so that it has limited access.