Some Thoughts on Time | Keener Living 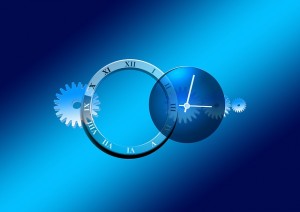 Over the recent holidays, I caught myself daydreaming about my own funeral. I pictured one of my friends saying

“That Keener sure did know a lot.”

With another friend saying

“Yes, but it would have been better if he known less and had done more.”

And another one said

“Yeah, he sure didn’t do much with all he knew.”

Ouch. Obviously my conscience was talking to me.

I had let what could be a strength (learning new things) turn into Resistance to Worthwhile Action. While you might not be an information addict, you too probably have resistance in your life, so I want to say a few words about it.

Steven Pressfield, in his highly acclaimed The War of Art, talks about resistance as if it were something external to us. In fact, he claims that demons, and even the devil, make up Resistance, noting that their aim is to keep you from accomplishing your destiny. (Scott Peck had some of this theme in one of his Road Less Traveled books, where he talked about how he had come to view his time as God’s time, and how he had become determined to not waste any of God’s time.)

A more prevalent view is one described by Seth Godin in his book Linchpin. He devotes an entire chapter to Resistance, and talks about how the oldest part of our brain (which he calls the lizard brain) fears change, and works to keep us from changing and from doing anything it doesn’t consider to be in our best interests.

Regardless, I do believe it pays for us to look at where there is resistance in our lives. Pressfield would say that the areas where we encounter the most resistance are the most important ones, the ones most worthy of our attention and effort.

Of course it will do no good to just acknowledge that there are areas where you face resistance. Ultimately we have to do something to deal with it. In my case of information addiction, where it is causing me to spend time unwisely, I have taken the action of abandoning Twitter for at least a month. I’m also working on getting a handle on purchasing books, to cut down to something reasonable.

Regular readers may be wondering if I am now saying that we should not be constant learners. No, I am not saying that. In fact, I was pleased with my buddy Paul Stamatiou for his article yesterday on how he switched from WordPress to Jekyll … one of Paul’s motivations was to do this just so he could learn. (I also love that Paul shares what he learns.)

Many has been the time when I have taken something on just so I could learn from it. I do not plan to stop doing that … it is part of my nature. And, I still strongly believe that we have to keep learning just to ensure our brains stay in shape and so that we can develop fresh insights, instead of remaining stale.

But, ultimately there must be balance, even in our efforts to learn. The clock is constantly ticking, and, in the end, it’s what we get done that will matter, not what we knew.