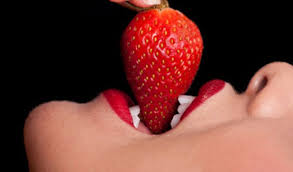 As regular readers know, I encourage everyone to be active learners and to study something beyond their normal fields. Areas that are particularly fertile for me are microbiology and philosophy, because I know so little about either: I learn something just about anytime I read in these areas.

In this regard, I recently came across a couple of articles that I want to share with you, and encourage you to read them when you have the time.

Although covering vastly different subjects, both articles bring out the point that it pays to step back and look at things differently. As noted in a recent post, it is so easy to become entrenched in our thinking, even when we’ve gotten things all wrong.

The first of the two articles is from The New Atlantic: Getting Over the Code Delusion. Unless you are a microbiologist, this article may be a bit difficult (it was for me), but it is rewarding to read and is absolutely fascinating. It shows that we understand so very little about what makes life.

For example, for purposes of investigating our genome, researchers had gotten into the mode of thinking of our DNA (and all DNA) as a one-dimensional string of code. That has been useful, but it has hidden a lot of the complexities of what us tick.

As noted in the article: “There is a “growing body of evidence that the topology and the physical features of the DNA [including the exact 3D structure] itself is an important factor in the regulation of transcription.” (Bracketed info is my addition.)

The second article is from The Philosopher’s Magazine: Hacker’s Challenge, in which Peter Hacker does a marvelous job of explaining why some of philosophy needs to be rebooted. He focuses on how philosophy sometimes takes simple issues and complicates them beyond all belief through the use of word games.

Nobel Laureate Richard Feynman once said this of philosophers:

The interesting thing is, there are times when it pays to ask the sort of questions that philosophers ask. Sometimes we state a problem too simply, and by further examining what we are really trying to see, we can arrive at better defining the problem. Of course, sometimes we do the opposite.

The take-away for me is that, because we technically-oriented folk have a tendency to overanalyze problems, it can pay for us to step back and see where we can simplify.

Bottom line: sometimes life is more complicated than you think, and sometimes it’s less complicated, so it makes sense to reflect and reexamine problems in a new light.

Footnote: The following quote always amuses me, and I thought I’d share it with you. It’s a quote of Richard Feynman as recounted by Freeman Dyson:

I would be just as happy with them if they decided to be truck drivers or guitar players. In fact, I would even like it better if they went out in the world and did something real instead of being professors like me.

But they always find a way to hit back at you. My boy Carl, for instance. There he is in his second year at MIT, and all he wants to do with his life is to become a goddamn philosopher.