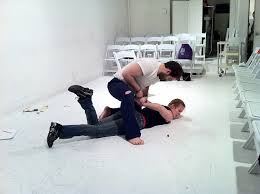 Sunday 7 September 2008 marks the 7th anniversary of the passing of my wife Vickie Lynn Keener. As has been my practice since 2002, the first anniversary, I am taking a week of sabbatical.

I took it as a way of honoring and showing respect for Vickie. All the reasons for my taking an annual sabbatical continued for three or four years.

Of course, in time, the emotional impact decreased. But, I still considered it appropriate to take the week to honor Vickie.

Also, Saturday 6 September 2008 marks the 5th anniversary of my Dad’s passing. So now my sabbaticals are taken as a sort of tribute to both Dad and Vickie, the two people who have most influenced my life.

The coming week will not be all sadness for me. There will be lighthearted times, as I think back on some fond memories.

Also, I expect to take time to laugh at myself for being so stupid in overstating the significance of a lot of trivial items, while being inattentive to more important ones.

Vickie and Dad each had a great sense of humor, and were unafraid of looking at themselves and laughing at some of their mistakes.

That’s a skill I’ve developed over the years, and, while I don’t exercise it as often as I should, next week I will exercise it.

I will not be posting anything next week. I will almost certainly disconnect from the web for at least a couple of the days. In short, I expect to make sure I am aiming myself at the right things in life.