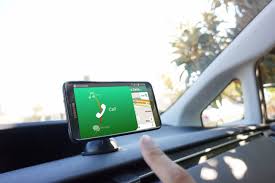 This article describes the failure of the Windows Boot Camp partition on my iMac, a partition that worked well for over 2 years. The partition was originally formatted as FAT32, but I changed it to NTFS about 6 months ago to improve its performance.

I’m sharing this experience in hopes that it might be useful to others.

It is incredibly fast, and I am more satisfied running Windows this way than running a virtual machine that is based on a Bootcamp partition.

If this happened with a lot of people, then one might infer a causal relationship, but a single failure is not sufficient to infer cause. Hence, I would not consider the following to be a lesson learned: “do not use Parallels Desktop to import a VMware Fusion virtual machine that is based on an NTFS Boot Camp partition.”

So, thinking it would be cool to have an even better Windows experience on my iMac, I decided to purchase and install the Parallels Desktop 4.0 upgrade package. (I already had version 3.0) I figured I would import my VMware settings, and then uninstall VMware Fusion and all would be right with the world.

Okay, so lesson number 2: read up on other’s experiences before you jump into something yourself. It turns out that others have had problems importing a virtual machine based on an NTFS-formatted Bootcamp partition.

Some were ultimately successful, and many did not have as bad an experience as I did, but there is operating experience available on this that I did not read up on until after I had a problem.

When the version 4 package tried to convert the virtual machine that version 3 created, it got about 15% of the way and said something like “this partition is not executable.” (I did not write down the exact message.)

Since I really just wanted to import the VMware Fusion virtual machine, I did not think very much of this, although it turned out being a warning of things to come.

Then I tried importing the VMware Fusion virtual machine into Parallels. It too got maybe 15% of the way and then said something like “this partition is not executable.” So, I tried importing it again. Same result. Then, I decided to run the VMware Fusion virtual machine to at least see that it had not been harmed, and found out that it gave me the same message (or a similar one).

Then I started googling for help. One thing I saw in some forums was someone saying that Time Machine backups of virtual machines was not reliable. This was an unsubstantiated claim as far as I could tell, but interesting nonetheless.

Another thing I saw was where someone said VMware stores a file type of 3 in its settings instead of a file type of 7 for NTFS, and that editing this would fix the problem. Since I couldn’t figure out for sure what they were talking about, I didn’t try this.

But, it gave me the same message (or a similar one) that the virtual machines had given me. So, it appeared to me that my VMs had not been hosed: my Bootcamp partition had.

So, I got out the Windows startup disk, used it to boot into the C drive and ran CHKDSK /R … it ran for a long while. When it finished and I attempted a reboot into Bootcamp, the reboot message was that I was missing a DLL file.

So, I did the recovery disk thing again and recovered the missing DLL (using the expand command), and tried it again. It tried to boot, getting farther than it had before, but ultimately just hung up.

That’s when I decided to go ahead and get rid of the Bootcamp partition. But, before doing so, I wanted to at least get all of the data off the drive that I could, especially the tax files that I had started and my latest MS Money files. Fortunately, the Mac would let me access the drive, and I was able to copy all of the data files to a back up drive. So, even though the partition was not bootable, it was still readable.

Then, I wiped the Bootcamp partition and used Parallels Desktop 4 to install Windows afresh, with no Bootcamp partition (that is, strictly as a virtual machine). I’ve been very happy with this setup so far. Runs much faster than any other Windows setup I’ve had on the Mac before.

Now, in case you are thinking all of this is due to me having an NTFS formatting of the Bootcamp partition, I would caution that such a conclusion might not be true. It is possible, in my view, not being an expert, that this could have happened even if my Bootcamp partition had been FAT32. I do not know. I have not researched it and I am sure not going to experiment with it.

The fact that I had an NTFS partition is a data point, though, which you can consider as you do your own research regarding whatever your situation is or whatever arrangement you are thinking of trying.

Actually, if I had to make an unscientific wild-ass guess, it would be that the Parallels Desktop version 3 somehow messed with my setup. But, again, that is just a UWAG.

One final note: I am not promoting Parallels Desktop over VMware Fusion, or vice versa. I’ve really had good experience with both, overall.

Right now I am having a bit of difficulty with my printer and with Activesync using Parallels, though, and am wishing I had just stayed with VMware Fusion and hadn’t started down this rabbit hole.