Is Amazon Losing Track of the Basics? | Keener Living 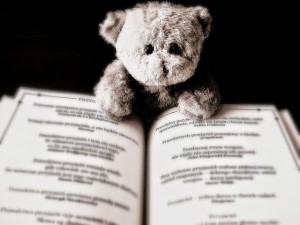 I love Amazon. Over the years, I’ve bought thousands of dollars of books from them, and no telling how much on other goodies. Their book prices have been always been fantastic, and shipping has been fast and reliable.

I also love how they are driven by the question “how can we make things better for the customer,” which has led to a number of innovations, including my favorite:

http://kindle.amazon.com/your_highlights — when you use this web address, it will give you access to all of the highlights you have made in your Kindle ebooks. I use this a lot. For example, I just visited there and grabbed this highlight from a book I’ve been reading (What the Buddha Taught):

The correct position with regard to the question of Anatta is not to take hold of any opinions or views, but to try to see things objectively as they are without mental projections, to see that what we call ‘I, or ‘being’, is only a combination of physical and mental aggregates, which are working together interdependently in a flux of momentary change within the law of cause and effect, and that there is nothing permanent, everlasting, unchanging and eternal in the whole of existence.

Cool, huh? I can’t do that with highlights I make in books purchased for Apple’s iBooks, and I doubt that Apple will ever make it possible to do so.

But I am beginning to have some doubts about Amazon, and whether their focus on innovating is maybe keeping them from paying enough attention to the basics. For example, lots of tech blogs, and some major online magazines, have noted that Amazon’s policy of allowing free publishing of Kindle ebooks is resulting in the Kindle store having a lot of spam.

I’m not sure what Amazon was thinking when they started this. I know that, if I were a publishing firm, I’d worry that some of my great books would not become bestsellers because users went for the cheap stuff instead.

Another area where it looks like they are not paying adequate attention is in the categorization of books. For example, if you look in the Science category for Kindle ebooks, within the first few pages you are going to come across titles such as The God Delusion, The Paleo Diet, Sweet Farts, Young Men and Fire, iSteve, and so on. I got so frustrated trying to find new science ebooks that I just gave up on it.

Whether such “little things” will wind up having an impact on Amazon’s bottom line is not for me to say. But I know from 62 years of living on this planet that you do best when you don’t lose sight of the basics.