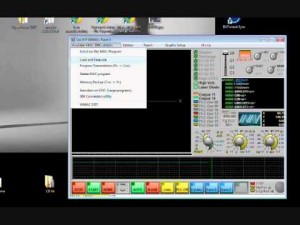 If you are not using any of the great open source software that is now available, you may want to give it a try. Here are a few products that I highly recommend:

The Firefox browser (Windows, Mac, Linux). A stable and secure browser that continues to gain “market share.” About 40% of our readers use Firefox. (Internet Explorer still has a slight lead at 50%)

OpenOffice.org (Windows, Linux) or NeoOffice (the Mac version) is an excellent, free replacement for several Microsoft Office products (Word,M Excel, PowerPoint, etc.). I use it on my dual-boot laptop, on both the Windows XP and Ubuntu boots and use NeoOffice on my iMac. (I use Office 2003 on my iMac’s Windows boot, mostly for Outlook 2003.)

Ubuntu Linux, which I dual-boot on my laptop with XP pro. I’ve only been using this a couple of days, but it is clear to me that it is a very mature system that could give Windows and Mac some real competition down the road.

Several websites are reporting that Dell is going to be offering some version of Linux on its laptops starting in May 2007, and that Ubuntu has a good chance of being the one they select.

I was a little uneasy at first about setting up a Linux distribution on my laptop, because it has been years since I’ve done anything with Linux.

But, there was no need for concern: after downloading the Ubuntu iso image and burning to a CD, it easily installed on my laptop, setting itself up as a dual boot with XP — probably took no more than 30 minutes. If you want to get outside your box a bit, I recommend this easy to setup and use package. It comes with a variety of goodies (including OpenOffice.org).

The only downside I have had with it was in setting up the wireless: Broadcom drivers are not Linux-friendly and it takes some work to get the wireless going (the straight ethernet connection works fine, though).

It finally works now, although I still have to manually connect to it through terminal commands, as the graphical interface for it doesn’t connect. By the way, Broadcom drivers are probably in the majority of laptops (for example, Dell and HP have historically used them).

Note that, if you decide to try linux out, you may need to do some internet searching and a bit of reading, and you may have some frustrations along the way, but it is an incredibly mature and friendly interface now. I’ll be experimenting with it a lot over the next few weeks.

Just thought I’d give you a heads-up on these products.