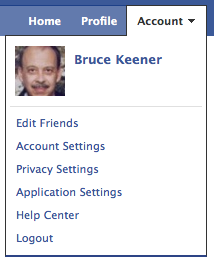 Facebook now has about 400 million users worldwide, and doesn’t seem to be slowing down in its quest to gain control of the internet.

Is this scary? Well, that depends, in part, on how closely you control your privacy settings within Facebook. Typically when Facebook creates something new, the privacy settings default to “share with the entire universe” for the new feature. I’ll discuss this a bit more below.

It also means that the software is, in a sense, still under development, and that all of the security bugs have not been worked out. For example, The New York Times reported today that

Also, a recent done by Consumer Reports shows that a lot of people are not up to speed on how to avoid security issues in Facebook (for example, you should make sure your birthday is never shared with anyone but your friends):

56 percent of users posted at least one piece of personal information that could lead to ID theft.

42 percent posted their birth date with year, and 25 percent didn’t use or know about Facebook privacy controls.

More than 18 million people use apps, and 38 percent thought apps were secure or hadn’t thought about it.

I keep a close on eye on my security settings, and generally opt for the most restrictive settings (typically Friend of Friend).

For example, only Friends of Friends can request to friend me, and I have elected to not have any of my information or notes searchable by search engines. (The latter is a recent setting for me … for a while, I allowed it to be searchable, but decided it’s best for me to not have it that way.)

(This works by monitoring IP addresses for account connections.)