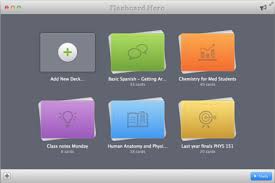 Since about a third of my regular readers use a Mac, I thought I would share my experiences in converting my iMac’s Bootcamp partition to an NTFS file system.

When I first set up a Bootcamp partition on my iMac, about a year and a half ago, I set it up to use the FAT32 file system. The advantage of doing so was that it enabled OSX to access files on the Bootcamp partition. I was not aware at the time of any disadvantage of FAT32, at least for my needs.

However, during the past month it seemed to me that Windows just kept getting slower, and I figured it was time to defragment the Bootcamp partition. But, in reading up on this, I learned that many people with the same configuration had run into several problems when defragging their FAT32 Bootcamp partitions, including making their partitions unusable.

Further reading revealed that the way around this is to convert the Windows file system to NTFS. Since both Parallels Desktop and the latest beta of VMware Fusion have tools that allow file sharing both ways (between Windows and OSX), there didn’t seem to me to be any downside to making the conversion.

[Although Parallels and VMware Fusion allow you to create separate partitions, instead of using BootCamp, I preferred to have them use BootCamp: I figured “why waste space with another partition?”]

So, I updated a backup of my Windows My Documents folder, and got the nerve to do the conversion. I booted into Bootcamp (holding down the Option key when starting up my iMac), and ran the following command:

and selected the option to have it run the conversion at next startup. After booting back into Windows, the conversion was done in less than 5 minutes.

NOTE: The conversion is a one-way process. After you convert from FAT32 to NTFS, you cannot convert back to FAT32 (not without loss of data). So you need to ensure this is what you really want to do.

It worked fine for me, as described below, and for many others, based on the research I’ve done. But it is permanent.

Then I ran the built-in Windows defrag tool. The tool showed that the partition was horribly fragmented (no surprise to me), so running the defrag was a good idea. After a bit of testing, it was clear to me that the defrag really improved the performance of Windows.

Then I booted back into OSX and attempted to run Windows via my existing VMware Fusion virtual machine. Oops! VMware Fusion would not run the new configuration, so I did some researching and found that I really needed to create a new Bootcamp virtual machine by deleting the %2Fdev%2Fdisk0 virtual machine settings under the /Library/Application Support/VMware Fusion/Virtual Machines/Bootcamp directory.

Doing so forced VMware Fusion to create a new Bootcamp virtual machine interface, but I had difficulty booting into it. I think this could have resolved if I had stuck with it, but instead I purchased Parallels Desktop, and lucked out by getting it at $20 off (not sure how long the sale lasts).

It easily setup a virtual machine for the Bootcamp partition and I am very happy with how responsive Windows is on it. Of course, the first run of Windows (I use XP Pro SP3) required reactivating Windows, but that was painless. Update: I was later able to boot into Windows using VMware Fusion … installing the latest version, 2.0 instead of the 2.0beta I was using, appeared to help.

I am pleased with this because I prefer VMware Fusion to Parallels.

Now I am happy with my Windows virtual machine again.

About 8 months after doing the NTFS conversion, I was doing something that messed up my Bootcamp partition. Whether the mess-up was in part attributable to the NTFS formatting, I do not know.

But, for those who would like to know more, the details of this are provided here: lessons from a failed Boot Camp partion.