Android as a Life-Saver? | Keener Living 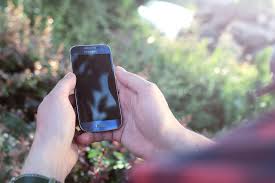 If you saw the movie Escape From New York, you probably recall that sensors on The President kept his staff aware of his vital signs, even when he was in remote location. And, some of the Star Trek series have scenes that feature such technology.

From there, the readings can be forwarded to doctors via a Wi-Fi or 3G connection. They can also be displayed on the phone or sound an alarm when things are about to go wrong, giving patients like me a chance to try to slow our heart rates and avoid an unnecessary shock.

And, the associated software runs on Google’s Android operating system.

I am impressed that technology is demonstrating more and more benefits in the medical world. Many of us will be able to take advantage of this technology in the near future. We should be thankful for that.

At the same time, we should also be aware that much of the world is not privy to such benefits. For example, because of poverty, millions of people starve to death every month. And, as Bill Gates points out, there even appears to be a connection between disease and intelligence.

So, while these neat little technological advances will benefit many, there is so much more that needs to be done.