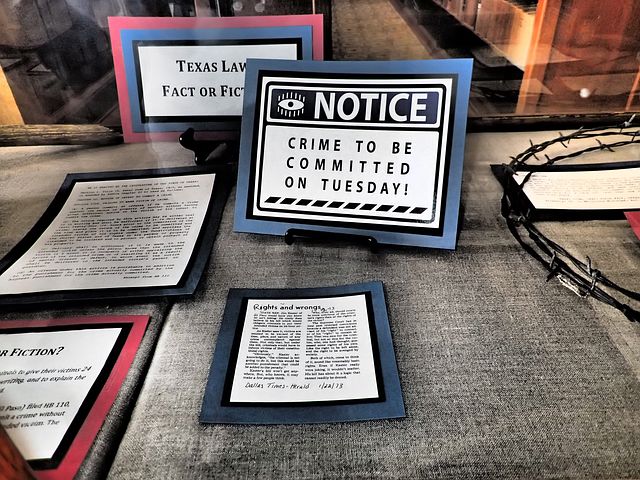 Most states now have very serious penalties for being convicted of a DWI. Although Texas doesn’t impose the strictest of penalties, tell this to someone who has been charged with a second or, worse yet, third offense! Whether or not you have been drinking, it pays to know what your rights are when pulled over.

Sometimes it could be a routine traffic stop and other times it could ‘appear’ that you are under the influence if you should suddenly swerve, for example, to avoid an object or dead animal in the road. Although we all fear cops, they can only go so far legally. This is why it pays to know what they can or can’t ask of you. The following six tips can help you keep your cool the next time you are pulled over.

The very first bit of advice was alluded to above. When pulled over for any reason, keep your cool. More people get tickets and/or arrested because of their demeanor when speaking with the police than you’d care to count. You must remember that it’s important to obey an officer of the law so if they ask you to step out of the vehicle, don’t ask them why. Don’t give them any reason to suspect that there is anything wrong and chances are that you could be let off with a warning.

When an officer suspects that you may be driving while intoxicated, they will undoubtedly start asking you questions. The reason for this is to establish probable cause to begin investigating further. They may try to trip you up by asking if you’ve ever smoked marijuana, for instance. The moment you admit that you tried it in your college days, they have just established probable cause to continue investigating. At this point, they may something like, “Those were the days. Keg parties, a few joints, lots of girls (etc.)” and unknowingly you respond in the affirmative. Bad decision on your part! Now you’ve admitted that you have drunk beer in the past so that officer goes to the vehicle and pulls out a breathalyzer test.

3. Understand the Consequences of Refusing a Breathalyzer Test

Even those drivers who didn’t have a drink and aren’t afraid of failing a breathalyzer test have been known to refuse one when asked by a police officer. What you should know here is that you do have a right to refuse any kind of field sobriety test, including a breathalyzer, but that may have unintended consequences! Even if you are arrested and later that same day submit to other tests such as urine or blood tests, you can be fined for refusing a breathalyzer in the field.

4. Say Nothing Until You Speak with an Attorney

Going a step beyond admitting to nothing, it is your right under our Constitution that you do not need to say anything which you feel may incriminate you. Some drivers even keep their law firm contact information in their cell phones for just such instances like this! Usually, drivers who are known to have a cocktail with clients or an occasional beer after work find this to be a good idea. If you don’t have an attorney who handles DWI stops in Texas, you might want to contact the Madrid Law Firm. Chances are you will be brought into the station and booked if you invoke your rights not to answer questions or perform a field sobriety test, so this would be the time to contact that experienced legal defense team. Simply tell the officer that you are invoking your right to an attorney and then ask if you are free to go.

5. Never Consent to a Search

Here is another situation which can get sticky. If an officer asks you whether they can carry out asearch, you have the right to say no. Similar to refusing a field sobriety test or failing to answer any questions, you do have this right. However, you should be aware of the fact that if there is ‘probable cause’ an officer may use that to search you or your car without your permission. Perhaps you did swerve on the road to avoid hitting a dead skunk, but that will give that officer probable cause to search your car for drugs paraphernalia or an open bottle.

Although a blood draw is at your expense, you have the right to request one whether or not you’ve taken and/or failed a field sobriety or breathalyzer test. If you’ve been arrested, that arresting officer should let you get that blood draw but if they refuse, that is a good reason to challenge the arrest. You should know right up front that blood draws are more accurate than breathalyzers and that may be why some officers make you wait until you are released to get to a hospital to have that blood drawn. They don’t want to be proven wrong and they certainly don’t want you to challenge the arrest!

A Few Final Words of Caution

While all of the above is good advice based on your Constitutional rights, it could have a reverse effect if you are not careful. Some juries, for example, will see “lawyering up” as an admission of guilt. It would take a good trial lawyer like the team mentioned above to overcome those preconceptions the DA will surely play up for them.Also, you should understand that any refusal for anything requested of you could look like guilt as well. After all, why would a sober driver refuse a breathalyzer test? Indeed!

Some drivers feel that this is a violation of their rights and take offense when asked to do so. The best tip you can be given when being pulled over in a traffic stop is to understand that you may need a lawyer. Remember, breathalyzers are not an exact science and it has been proven that they are only 50% accurate. If you want to fight and win any tickets, suspensions or revocation of your license, the best tip is to get yourself a good attorney. Until then, say nothing, admit to nothing, and let your Texas lawyer do the talking for you.