What Can You Learn from Google About Managing Your Time? | Keener Living 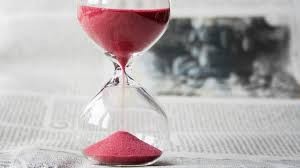 Google has no doubt developed many time-saving techniques that helped thrust it into the lead position as a search engine. We could probably learn a great deal from these techniques. Maybe someday they can be persuaded to share some of what they have learned with us.

But, they have also demonstrated that they take on too many new projects, and often do not meet commitments they make to others on those projects. MG Siegler of TechCrunch wrote and in-depth article on this yesterday, going so far as to suggest that Google is living in a dream world. (He makes analogy with the gist of the movie Inception, suggesting that Google is even living in a dream within a dream.)

When I first read Siegler’s piece, I thought to myself “what a waste of talent … how sad.” But, as I was using OmniFocus on my Mac a little later, it occurred to me that I am behaving very much like Google: taking on too much stuff. It’s so easy to do when you have a great GTD tool like OmniFocus, which is designed to help you capture everything you think of that might turn into a task.

Before you know it, you have a few hundred items, and have not adequately addressed how important and how practical those items really are.

So, one thing we can learn from Google is: limit what you take on.

Our desire to have as much impact as we can makes it easy for us to take on too much. I am not saying we all need to scale back by 50%, or by any specific amount. In fact, it is good to push yourself. Too a point. The key is to figure out what that point is for you, and stick to it.

And another lesson from Google is: be practical. We’ve all been told that it’s good to dream big. And it is. But, before you take something on, you need to look at the realities of implementing it.

Siegler’s discussion of Google’s intentions with Android are a perfect case in point. They started out with the dream of making smartphones, based on an open-source OS, available for free for everyone. They had apparently not considered the realities of dealing with carriers, who have their own agendas and their own self-interests to protect.

One more example, a bit more personalized: when I set up this blog, I knew I would want to share insights on life management and technology. Later, I realized that I wanted to also share insights on learning, because I believe we should learn all of our lives.

So, I have shared insights on these topics for almost 4 years, and the blog has not grown hardly an iota. It has about 500 subscribers, about the same that it’s had for the past couple of years.

And I realize, in hindsight, that I have taken on too many topics.

The only real way to have a successful blog is to carve out a specific niche. Technology, and technology only, for instance. Or life management. Or learning. Not all three. In essence, I have pulled a Google. I wanted to have an impact in all three areas, and thought that I could, given my background and interests.

But, having too many topic areas thins the blog down. People who come to the site to read a technology article (say on the iPod Touch as a PDA), are not going to continue to browse around on the site because they see it is filled with “other stuff.” So, instead of having impact in three areas, I have no impact in any of the areas.

In conclusion, each time you do your weekly reviews (you are doing them, aren’t you?), be sure to spend enough time asking yourself, for each item, if you should really be spending time on it. Ask yourself how practical you are being in taking it on, and what the barriers to success are.