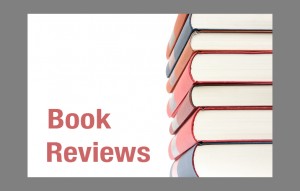 As little as a year ago, I had a negative view of Twitter. I thought it was a time-waster and hoped it was a passing fad: I was concerned that it would turn everyone into time-wasting dummies.

But, after seeing so many really smart people endorse Twitter, I decided to try to make it work for me. Now, I not only enjoy using it, I learn a lot from it, too.

In a typical day, I probably learn more from Twitter than from the hundreds of articles that stream into my Google Reader feeds. And, I have come to know some fine people through Twitter, too.

So, when I saw someone tweet the other day about The Twitter Book, I figured it’s a book I could do without. I figured I was good enough at using Twitter.

Then when I learned that it is authored by Tim O’Reilly and Sarah Milstein, I headed to Amazon and downloaded it to my Kindle.

Although I was not familiar with Sarah, I have admired Tim for years, going back at least to the days when he spoke out so well against the Amazon one-click patent application. And, from following him on Twitter, I had come to respect him even more.

So, I was confident that Sarah must be a great Twitter expert for Tim to have partnered-up with her.

My bottom-line impression of the book: Wow! Buy it!

On my first pass through the book, I bookmarked 26 pages … that’s a lot of bookmarking for me. Those pages become my own personal Twitter manual. I’ll save much of the information into a separate little document that I can easily reference, one that is full of tips for me to try out and good practices that I need to internalize.

Here’s a small sample of stuff that was totally new to me:

If you can’t get what you want to tweet down to 140 characters, try out 140it, a neat service that will do its best to shorten your words.

There’s a lot of value in using Twitter trending capabilities to stay abreast of what’s hot … Twitter is typically ahead of the mainstream media in reporting on important events (which I knew) and on picking up on lots of other interesting trends (did not know). There are several Twitter trend tools that I did not know about.

The book describes how to find good people to follow. It also gave several examples throughout the book, many of which I added to my follow list.

It has very useful tips for being a good conversationalist. This is an area I have really needed to improve in, so it alone was worth the price of the book to me.

How to spiff up your Twitter background (there are a lot of tools and websites for this which I was not aware of).

There’s a whole lot more, including recommended desktop and mobile tools, a whole chapter on helping corporations to Twitter properly, how to handle spammers, and more.

Tim and Sarah do a marvelous job of presenting information in an easily digestible format. It is one of the easiest reads I have ever come across, and that is largely due to the genius with which it is laid out. I wish more information were presented this way.

The writing style also gives needed information to newbies without making proficient Twitters feel they are being talked down to.

The Twitter Book is an easy read: you can finish it in one evening. But it is information-rich. I think anyone who uses Twitter would be well-served in grabbing a copy of this book.