The Truth About Cosmetics and BPA | Keener Living 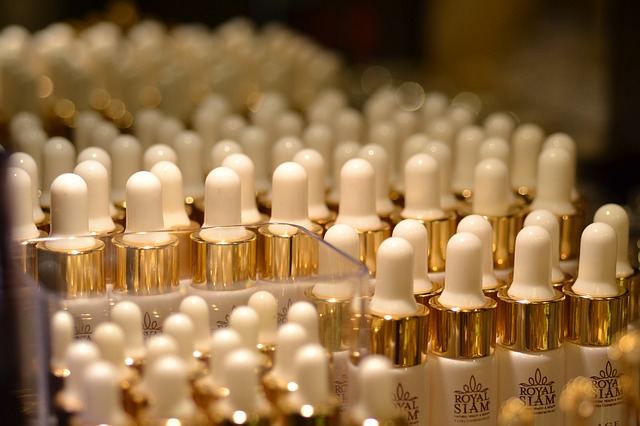 When talking about the chemical Bisphenol-A (hereinafter referred to as BPA), people directly tend to think about the food packaging industry. Throughout the past years, this industry, in particular, got a lot of attention when it comes to BPA – one of the world’s most commonly produced chemicals. It was stated that packaging materials that contain BPA may leak chemicals into their content and, upon consumption of the food, these chemicals can end up in the human body. The result: many people around the globe started to replace their BPA-positive plastic food containers with other sorts of packaging.

But what about other industries? The vast majority of companies around the world are using plastic packaging regardless of their industry. And all of us know that there are other products, besides food, that are consumed or are in close contact with your skin. Take cosmetics for example. Cosmetic powders, lipsticks, lip balm, and eyeliners all come in plastic packaging. These products are, although not consumed internally, applied onto our skin and around our mouth and eyes. Making one wonder, what is the effect of BPA-positive containers on these types of products?

Although most of us have heard the term before, for many it is still relatively difficult to understand what BPA is. So, what is BPA? Simply put, BPA is a chemical that is mostly used in the production of hard and transparent plastics. Thanks to their durability and transparency, BPA plastics are extremely popular in the packaging industry. Think for instance about plastic jars, containers and, most importantly, bottles. All these plastic wrappings are made from BPA-Plastics. Besides the production of plastic, BPA is also used to make waterproof coatings. These coatings are often applied on the inside lining of large tin cans used for holding liquids foods such as soups. But this is not all. BPA can be found in so many more places. Ranging from pizza boxes to toilet paper and children’s toys – BPA is everywhere.

Besides all the positive features of BPA, the chemical also has a dark side. It has turned out that BPA, like many chemicals, is toxic. This means that, upon consumption, it may lead to potential health issues. Under normal circumstances, plastic does not leak any BPA chemicals. When the wrapping is getting damaged or heated, however, the BPA chemical can leak out of the container and enter the food. Although the intake of minor amounts of BPA does little harm, exposure to large amounts of this chemical is considered to be harmful to your health. It has to be stated, however, that the true dangers of BPA are still up for debate. Whereas some doctors and health institutions claim it’s harmless, others state it can cause harmful diseases such as Diabetes and Cancer. Whether this is true or not, when it is about your health, it’s simply better to be safe than sorry.

So, BPA is used commonly in food packaging. But what about cosmetics? Do cosmetics themselves contain any chemicals similar to BPA and does the makeup packaging contain any BPA-positive plastics? The short answer to both questions; YES.

As we all know, most cosmetics are not made from 100% natural materials. Many cosmetic brands use chemicals in the production of their cosmetics. BPA-based polymers can, for instance, be found in lipstick as well as in other face and eye makeup and nail polish. Added to that, BPA-positive containers are often used to store makeup products – further exposing them to the chemical. This may leave you to wonder, doesn’t this have any effects on our health when the BPA comes in contact with the skin around sensitive body parts such as our mouth and eyes?

Luckily for us, numerous health care professionals state that there is little to worry about when it comes to dermal contact. By simply touching a product that contains BPA, the effects of the chemical on your body are minimal. Therefore, it is relatively safe to use makeup on your skin even though they might contain traces of BPA. It has to be kept in mind, however, that none of these claims are supported by any scientific data or research.

Still worried? This is what you can do:

Although it is claimed that cosmetics that contain traces of BPA have no negative effect on your skin and health, these claims are not based on scientific data. Just like many other aspects of the BPA debate, opinions differ when it comes to the true consequences this chemical can have on your body. Whether it’s consumed through food or applied onto the skin through cosmetics, we simply can’t be 100% certain whether BPA does or does not affect our health. So, if you are worried, the best thing to do is to try and stay away from BPA as much as possible. Although this may be difficult due to the fact BPA is found everywhere, there are some simple tricks you can keep in mind to minimize your exposure to this chemical.

Don’t buy plastic toys – instead, choose for alternatives such as wood or metal