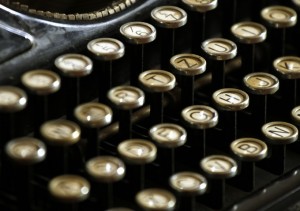 The New Yorker has a very informative article on the growing problem of procrastination:

Ainslie is probably right that procrastination is a basic human impulse, but anxiety about it as a serious problem seems to have emerged in the early modern era … And the problem seems to be getting worse all the time.

According to Piers Steel, a business professor at the University of Calgary, the percentage of people who admitted to difficulties with procrastination quadrupled between 1978 and 2002. In that light, it’s possible to see procrastination as the quintessential modern problem.

Researchers in a several fields are looking for ways to help us overcome procrastination. Some believe that improvements in willpower offer the best solution, while others note that willpower seems to be a fixed resource that can peter out if it’s been used enough during the day.

Probably all agree, though, that David Allen’s GTD system is helps procrastinators:

Since open-ended tasks with distant deadlines are much easier to postpone than focussed, short-term projects, dividing projects into smaller, more defined sections helps. That’s why David Allen, the author of the best-selling time-management book “Getting Things Done,” lays great emphasis on classification and definition: the vaguer the task, or the more abstract the thinking it requires, the less likely you are to finish it.

One German study suggests that just getting people to think about concrete problems (like how to open a bank account) makes them better at finishing their work—even when it deals with a completely different subject.

Some of the resources I’ve found most useful for addressing this problem are listed in this Keener Living article.

What has worked best for you in addressing procrastination?